Teeling Irish Whiskey, located in Dublin, Ireland, is one of a newer range of Irish whiskey distilleries in recent years leading a renaissance in this whiskey category. It started with a range of expressions from barrels it owns purchased from elsewhere, much of which it still makes use of, and more recently also brought on board its own in-house distilled whiskey. Now joining all of these is what’s described as the first “Dublin distilled peated single malt.”

The new Teeling Blackpitts Peated Single Malt, according to those behind it, joins a small niche of Irish whiskeys that are peated and is also said to help “revive an ancient way of making Irish whiskey, using smoke created by burning peat or turf, as it is widely known, while malting the barley. This was a practice extensively used in Ireland before the wide availability and use of coal in the Irish whiskey industry.” 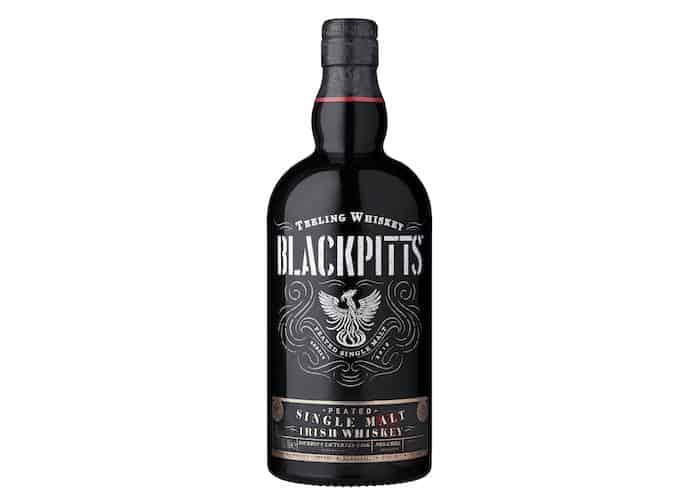 What one has here specifically is a whiskey that, after having its barley peat smoked to dry it during the malting process, is then triple distilled to reduce some of that typical smoked medical character, giving it what’s described as a “distinct character from traditional Scottish Peated Single Malt and [that also] allows the notes of barbeque smoke to shine.” Afterwards it is aged in both ex-bourbon and ex-Sauternes wine casks before being bottled.

“When we re-established Teeling Whiskey in 2012 our goal was to be the leader in driving the choice and expressions of Irish whiskey as well as to revive distilling in the city of Dublin,” said Jack Teeling, founder and managing director of Teeling Whiskey, in a prepared statement. “With our new Blackpitts Peated Single Malt we manage to achieve both.

“The combination of the age-old malting process of using smoke from peat to dry the malted barley combined with the triple distillation in our Dublin distillery, produces a very unique Teeling Whiskey. A flavour unlike any other, designed for the boldest palates, Blackpitts is truly unconventional Irish whiskey at its finest.

“Rooted in history but encapsulating a true modern approach, our new Blackpitts is truly unconventional Irish whiskey at its finest.”

Plans call for Teeling Blackpitts, bottled at 46% ABV with no chill filtration, to price around $75 per 750 ml bottle. It is getting a global release, with stocks of it hitting the United States in particular at the beginning of next year. You’ll find some official tasting notes for it below. The name Blackpitts, by the way, references “the old ancient Blackpitts area just behind the new Teeling Whiskey Distillery based in Newmarket in the old Liberties area of Dublin City, this area was synonymous with many industries and in particular malting houses. Blackpitts was traditionally home to some of the largest barley malting houses in Ireland.”

An inviting nose where barbecue smoke and cloves are intermingled with fresh notes of butterscotch and orange peel.

On the palate a fascinating blend of applewood smoke, honey and all spice are married with stewed pears and fresh grilled pineapple. This whiskey finishes with the return of a savory smoke over a lingering wood undertone, which combines delightfully with notes of salted caramel.